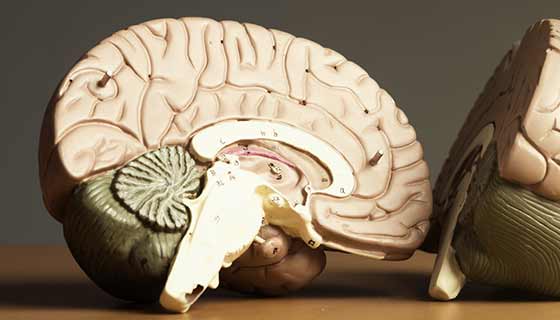 Brain is the house of operations for your body, everything you do from talking to moving from one place to another to solving problems is tackled by your brain.

If a person’s brain is damaged due to illness, genes or any traumatic injury their speech, memory, movement and personality gets shaken due to that. Here we are compromising a list of 5 most common brain diseases or disorders:

A brain tumor is a kind of mass or collection of abnormal cells that get accumulated in your brain. There are two kinds of brain tumours: cancerous and noncancerous,  both of these can be life-threatening. Brain tumors can be a result of genes, chemical exposure and exposure to excessive radiation.

Alzheimer’s is a type of brain disease that affects memory, behaviour and thinking capabilities in human beings. It is also known as a progressive form of dementia.

Some common symptoms of Alzheimer’s are trouble in speaking and writing, memory loss, trouble concentrating, behavioural and personality changes, trouble with day to day tasks and decreased problem solving capabilities.

Most people who get Alzheimer’s are 65 years of age or older than that, which means you are more at risk of getting Alzheimer’s if you are above 65. Similarly if you have a direct family member who is affected by the disease or you have the disease in your genes you are most likely to get it.

There is no cure to Alzheimer’s disease but some treatments can slow down the progression of the disease.

Parkinson’s is a brain disease that affects certain nerve cells in your brain, by killing them or impairing them. Under normal circumstances these nerve cells produce an important chemical known as dopamine which controls the movement of your body. Hence when a person gets affected by Parkinson’s the movement of their body starts becoming abnormal.

Most common symptoms of Parkinson are uncontrollable shaking in different parts of the body, speaking difficulties, depression, fatigue, memory problems and behavioural changes.

According to studies men have a 50% more chance to get Parkinson‘s than women.

There are no blood tests or scans that can help in diagnosing Parkinson’s disease. However the diagnosis is based on a person’s neurological examination and medical history. Uptill now there is no cure for Parkinson’s disease but certain medicines and surgical treatment can be helpful in delaying or reducing the symptoms.

Epilepsy is a brain disorder that causes seizures, these seizures may be provoked or unprovoked and they keep on recurring. There are two main types of seizures: Partial or focal seizures that impact only one part of the brain and Generalised seizures that affect the entire brain.

Common symptoms in partial seizures are dizziness, twitching in the limbs, and loss of taste, smell, sight, touch and hearing.

Epilepsy can be caused by a stroke, very high fever, traumatic brain injuries, dementia, lack of oxygen supply to the brain, brain tumour, vascular diseases, brain malformation and as a result of AIDS or meningitis.

Epilepsy can be diagnosed with the help of Electroencephalogram EEG and other imaging tests like: CT scan and MRI.

Dementia is a brain disease that causes a decline in a person’s cognitive functions like thinking, speaking, hearing and problem-solving.

Dementia itself is not a disease, it is a result of an injury or some other disease. There are different kinds of dementia: some of them are progressive while others are treatable and even reversible.

The most common symptoms of dementia are memory loss, difficulty in completing day to day tasks, being repetitive, disorientation, trouble communicating, misplacing things, changes in the personality, mood swings, and decreased interest in initiating something.

Dementia can be diagnosed with the help of a physical exam, by reviewing medical history, or by performing a blood test.

Dementia can be treated with the help of medications and by modifying the environment of the patient or by doing occupational therapy. To explore other treatment options you can visit Neurologist in Lahore.