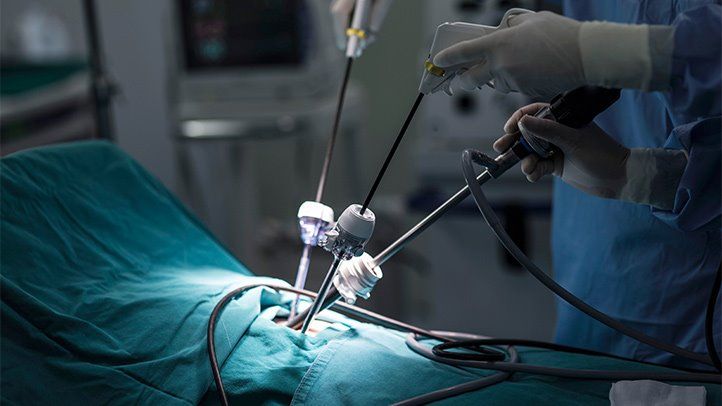 Hysterectomy—is the surgical removal of the uterus, most often with the cervix. In the United States alone, this is the second most frequently performed surgery on women. Post-hysterectomy, a woman loses the ability to menstruate and become pregnant. Depending on the pathology, the healthcare provider like Gynecologist in Lahore chooses the type of hysterectomy to perform.

Read on to know more about the causes behind hysterectomy:

Fibroids are the non-cancerous growths in the uterus that can reach a big size. Bigger fibroids cause excessive pain and bleeding. Depending on the severity of symptoms, the healthcare provider will suggest myomectomy—removal of the fibroid, alone, or in severe cases complete removal of the uterus.

About 10 percent of all hysterectomies performed are due to cancerous tumors. In cancers of the endometrium—the innermost lining of the uterus, cervix, ovaries and metastatic tumors, hysterectomy becomes mandatory to get rid of the cancer. In addition to hysterectomy, treatment options include chemo and radiotherapy.

Hysterectomy is also recommended by healthcare providers in some precancerous lesions as well. This eliminates the risk of cancer developing in the uterus in the future. For instance, women who test positive for BRCA gene, have risk of developing ovarian cancer, and hysterectomy performed preemptively saves them.

Pelvic inflammatory disease or PID is a severe infection of the genitourinary tract that ascends through the vagina to the reproductive organs. Serious infections can even lead to adhesions in the fallopian tubes and damage the uterus with subsequent long-term pain. In severe cases, hysterectomy is performed to contain the spread of infection.

Hyperplasia makes the lining of the uterus too thick. This condition occurs secondary to too much estrogen in the body, and may even lead to tumor growth. As the endometrial lining thickens, there is increased and irregular menstrual bleeding. Initially, the condition is treated with hormonal regimen, but the treatment of choice becomes hysterectomy when the lesion is suspected to be cancerous.

Uterus prolapses with the supporting ligaments are damaged and the uterus slips from its normal place to fall into the vagina. More often, it is a consequence of multiple vaginal births and menopause. Uterine prolapse is more common in women who are obese. It presents with pelvic pressure, bowel problems and urinary issues. The treatment of this condition is centered around uterine support—with certain exercises and devices. This condition refers to the growth of endometrial lining in the muscular layer of the uterus. Adenomyosis is associated with a lot of period and pelvic pain as the wall of the uterus thickens. Initially, the condition is treated with pain medication and hormonal therapy. If the medicinal approach fails, hysterectomy is the treatment of choice.

Growth of the placenta during pregnancy into the uterine wall is called placenta accreta. This condition is asymptomatic initially, but can lead to increased risk of bleeding at the time of delivery, making hysterectomy necessary.

In this condition, the endometrial lining of the uterus grows at other sites—such as the ovaries and the cervix, leading to heavy bleeding, pain and infertility. If the less invasive treatments, like hormone therapy, are not working, the healthcare provider can recommend surgical removal of the uterus and the ectopic endometrial tissue.

In complicated vaginal or cesarean section delivery of the baby, there can be damage to the uterus, with risk of severe bleeding that endangers the life of the mother. In such cases, healthcare professionals like Best Gynecologist in Karachi choose to perform hysterectomy as a lifesaving procedure.