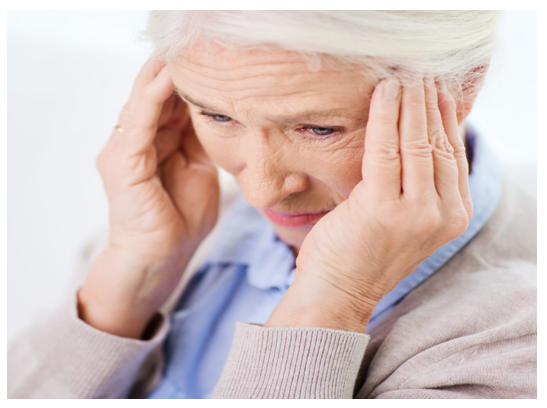 Can Giant Cell Arteritis Go Away On Its Own?

What is giant cell arteritis?

Giant cell arteritis, sometimes known as temporal arteritis, is a systemic autoimmune disease which involves the inflammation of the medium and large arteries, such as the arteries of the scalp, neck, arms and aorta. To diagnose giant cell arteritis, your doctor will do a biopsy of the affected artery by taking a small sample of the blood vessel and examining it. Under the microscope, large and “giant” cells can be seen along the lining of the affected artery, hence the name. However, giant cell arteritis diagnosis remains challenging and often delayed because many people are not aware of the significance of the symptoms, such as persistent severe headache usually at the temple area, scalp tenderness, jaw pain and double vision. Giant cell arteritis typically occurs in people more than 50 years old and is more common among the Northern Europeans. East Asia countries have reported the lowest number of cases of giant cell arteritis. Women are twice as likely to have it than men.

What is the cause of giant cell arteritis?

The exact cause and mechanism of giant cell arteritis are unclear. Studies have shown that genetic predisposition and previous infection could be the triggers of the disease. While no specific infectious agent has been confirmed, some studies suggest that varicella-zoster virus, the virus that causes chickenpox, maybe a possible trigger.

Regardless of the trigger, giant cell arteritis begins with the activation of one specialized group of immune cells called the dendritic cells, which then activate a cascade of other immune cells, one of which are monocytes. When monocytes are activated, they form giant cells at the lining of the artery, which is the hallmark of giant cell arteritis. Since it is an inflammation of the artery, different sites where the activation of immune cells would cause different symptoms. For example, headache at the temples occurs when the superficial temporal artery is affected. Whereas an individual who experiences jaw and tongue pain while chewing is due to the inflammation to the arteries supplying the area.

Can giant cell arteritis go away on its own?

No, it cannot go away on its own. There is no report of giant cell arteritis being a self-limiting autoimmune disease. Autoimmune disease is an inappropriate response from the immune system, attacking healthy tissues in the body. The natural history of this disease has yet been described. However, complications such as blindness, stroke, heart attack and aortic dissection may ensue if the disease is not treated early.

Is there a cure?

There is no cure for giant cell arteritis yet. Despite that, the disease can be remitted or slowed down with proper treatments. This is important to prevent further damage on the arteries, especially the major ones. A course of high dose steroids is currently the mainstay treatment for giant cell arteritis. Steroids are effective in suppressing the uncontrolled immune cells, thereby reducing inflammation. Once the symptoms are resolved, the doses of steroid will taper down. In cases where steroids are inadequate, doctors may prescribe a course of biologics such as the humanised anti-human interleukin-6 receptor antibody called Tocilizumab which can prevent further activation of the immune cells. It is reported that individuals receiving Tocilizumab have sustained a year of disease-free while some even remained in remission for 2 years after stopping Tocilizumab. In short, giant cell arteritis can be treated and individuals under treatment can be free of the disease. Relapse of giant cell arteritis can occur, usually during the first year of treatment. The most common symptoms of relapse are headache and polymyalgia rheumatica, which is pain and stiffness around the neck, shoulders, upper arms and hips. With the proper treatment, life expectancy of individuals with giant cell arteritis is typically normal.