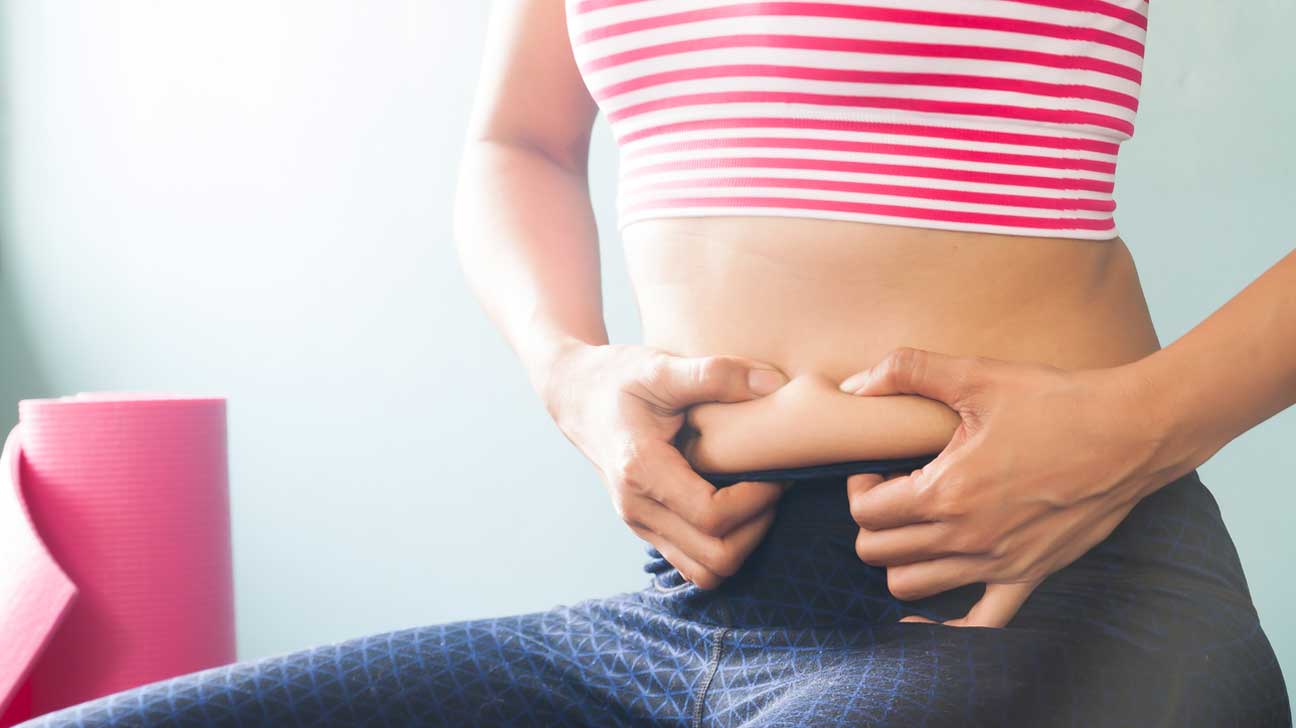 In this article we will introduce you to 10 of the most common and most effective means to achieve low body fat and reduce subcutaneous fat.

These are tools used by both professional bodybuilders and millions of fitness trainers around the world to quickly reduce body fat, relief – the so-called cleansing, and even for weight loss.

Many of you know that bodybuilders have a basic period for growth and gaining muscle mass, followed by a phase / period for relief.

You can often find photos of professional bodybuilders during their main period (off season), which clearly shows that they have not avoided fatty foods.

But within a few months, even weeks, they again pose in good condition, embossed and free of fat.

Of course, diet, exercise, and experience play a huge role in their ability to recover from spicy diets to reduce body fat, but as many other athletes may find, discipline and will alone are not enough for these dramatic changes seen in fitness. and bodybuilding trainers.

Although these ways to reduce subcutaneous fat are effective, many of them carry an element of risk and should be used under medical supervision.

The question follows: why are they still used? The answer is simple: it is the desire to be the best, regardless of cost, risk or ethics.

Stimulants are medications or supplements that accelerate fat loss by sending a signal to the body. They work by stimulating and releasing a neurotransmitter called norepinephrine (NE) or norepinephrine, prolonging its signal, or directly replacing it. There are two classic examples of stimulants that burn subcutaneous fat.

It is a direct beta-agonist, which means that it stimulates exactly the same norepinephrine receptors that help burn and reduce body fat. The main advantage of Clenbuterol is that it is more specific, affecting only beta-2 receptors.

This is important because there are two classes of NE receptors in the cell membrane of fat cells – alpha and beta. Alpha-2 receptors cause a beta receptor response to fat loss.

So, Clenbuterol actually creates a stronger signal to release fat from adrenaline, which stimulates both alpha and beta receptors.

Clenbuterol is used to treat asthma! An anabolic effect has been observed in animal clinical trials. But to achieve this effect, humans need too high doses, which will be toxic or possibly deadly, so in practice, Clenbuterol has no anabolic effect. The drug is usually dosed in the range of 10-40 micrograms (not milligrams) per day, although tolerance to it is rapidly developing.

The effects of Clenbuterol are short-lived, as beta-receptors decrease within a few weeks, so many users use Clenbuterol only for a short period of time or sequentially taking and stopping every few days. With long-term use, Ketotifen is used, which increases the sensitivity of beta-2 receptors and allows Clenbuterol to act for a long time.

These supplements are usually the best-selling in health food stores simply because they work and are effective in reducing body fat. Numerous studies have been published showing that the combination of ephedrine and caffeine effectively accelerates weight loss while maintaining muscle mass.

There is much controversy regarding the safety of ephedrine and caffeine supplements due to a number of adverse events reported among consumers. The use of this combination has been associated with a number of hospitalizations and several deaths.

However, in controlled dose clinical trials, subjects did not experience serious adverse events and the combination was declared safe.

Bodybuilders use ephedrine / caffeine supplements not only for fat loss, but also because it is a stimulant and can help maintain energy and motivation during training.

Distinct Clenbuterol, ephedrine does not act directly on beta receptors, but causes the release of norepinephrine, which stimulates both alpha and beta receptors, so the short-term effect of ephedrine is less dramatic.

The use of hormones to lose and reduce body fat is especially dangerous, as an excess of any hormone can lead to serious outcomes.

Testosterone and anabolic steroids are known for their effect on skeletal muscle, they lead to muscle growth and strength gain.

By increasing the relative amount of muscle, steroids reduce the percentage of body fat. Also, a number of studies have found that anabolic steroids, such as Anavar (Oxandrolone), Winstrol (Stanozolol), etc., can also have a direct effect on reducing body fat. Full information about these anabolic steroids you can find in PharmaGear web store.

Growth hormone (GH) affects many functions in the human body. Recently, it has gained popularity as a powerful agent for increasing muscle mass, while reducing subcutaneous fat.

Growth hormone moves nutrients from fat stores to functioning muscles and organs. GH affects growth through another hormone called IGF-1, but its effect on reducing subcutaneous fat is more direct and powerful.

Elevated levels of growth hormone interfere with insulin – the main driving force for fat storage, and accelerates the release of fat from fat cells. Growth hormone (GH) is used by bodybuilders and obese people in doses of 4-6 IU / day. GH should not be used without a prescription from a specialist.

Aromatase inhibitors are drugs that prevent the conversion of androgens to estrogen. Bodybuilders add aromatase inhibitors to their arsenal in order to prevent and reduce estrogenic side effects associated with anabolic steroids.

Testosterone and other steroids can be converted to estrogen as a result of aromatase, and high levels of estrogen will lead to water retention, fat accumulation or gynecomastia.

Fat cells have receptors that bind to sex hormones, and the presence of estrogen helps increase their number, which predisposes to fat accumulation.

Aromatase inhibitors reduce the amount of estrogen, which allows bodybuilders to provide more safety and a better form.

Having listed all the stimulants, anabolic steroids and hormones that are most effective at reducing subcutaneous fat, it would be a step backwards, not to mention cardio training.

Cardio is a curse for most bodybuilders! There are many opinions on when and how to do cardio: low intensity or high, daily or infrequent, etc. The effect of cardio training, on fat loss, is to increase the activity associated with burning calories.

It is assumed that the body’s minimum need for calories if you do nothing – (resting metabolic rate (RMR) rises with high-intensity exercise, although this remains to be proven.

Given that greater muscle mass increases RMR, as happens with the use of stimulants such as ephedrine, caffeine and green tea, the argument is insignificant.

Every fitness trainer should find the right frequency for cardio training, which will be maintained regularly, preferably every other day. The rate of fat burning is higher when exercise is done in the morning, before meals, with plenty of water and caffeine.

However, if this is not possible, other forms continue to offer benefits. Also, you need to be careful during a calorie deficit (low carb diet) to avoid injury or muscle catabolism.

During a cardio workout, it is good to know how much your heart rate is, do not outstrip 140 beats per minute, because it is believed that above this limit, the body begins to break down muscle tissue.

This diet was popularized by Dr. Atkins. It is a diet with a minimum amount of carbohydrates and is very effective in reducing body fat and maintaining muscle mass. 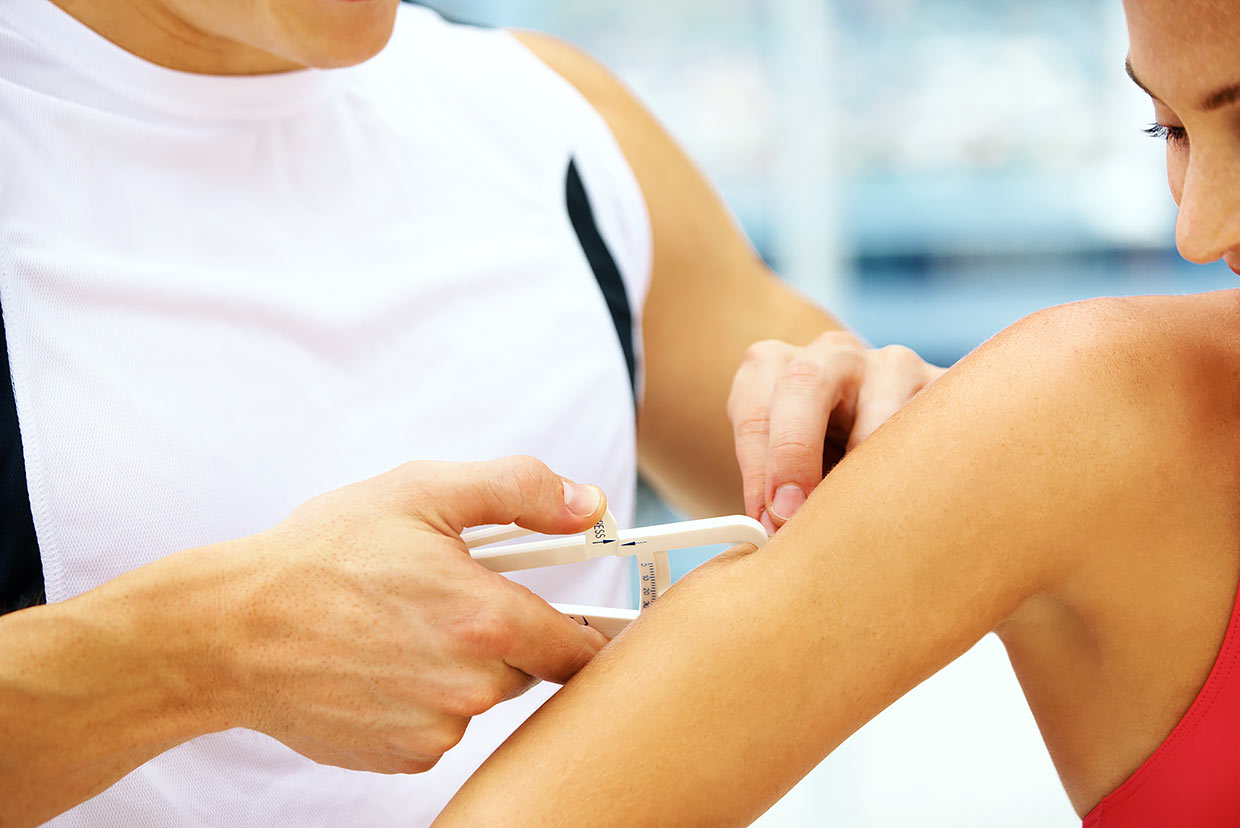 The ketogenic diet requires a lot of willpower as it severely limits the amount of carbohydrate foods. This restriction will initially lead to irritability, loss of concentration and strength as one adapts to it, but eventually, nervous behavior and normal training will return to normal.

The purpose of the ketone diet is to reduce the amount of insulin that the body releases when you eat carbohydrates.

Insulin is a major anabolic hormone, but unfortunately, it is the main engine of calories in fat cells and prevents the breakdown and excretion of stored fat, which leads to the accumulation of extra pounds in the form of fat.

When carbohydrates are limited, there is a large initial weight loss, which is the water associated with glycogen in the liver and muscles. That can be as much as ten pounds in the first week. However, fat loss with a ketone diet occurs more slowly and more securely.

With No insulin, which blocks the release of fat, fat cells are much more sensitive and react more aggressively to stimulants and other hormones. By properly monitoring calories and the amount of fat in the diet, a good ketogenic diet can lead to dramatic loss of body fat.

Muscles can be adversely affected by a ketogenic diet, as insulin also transports nutrients (sugar, amino acids, creatine) into muscle cells and prevents the breakdown of muscle protein.

But, in practice, with a ketone diet you can increase lean muscle mass.

This type of diet can be followed for a long time, and many of Dr. Atkins’ advocates have adopted a ketogenic diet as a permanent lifestyle.

Other Ways To Reduce Body Fat

There are a number of other preparations and ways that promise fat loss and are often used by active and inactive athletes.

Yohimbine is a supplement that is able to block alpha-2 receptors that are responsible for storing and accumulating fat. Its use allows other stimulants to be much more effective and creates a prerequisite for faster burning of subcutaneous fat. In addition, Yohimbine increases blood circulation in the waist, hips and thighs, which allows the accumulated fat in these problem areas to be reduced faster.

Captopril is a drug that is used to treat high blood pressure (high blood pressure). If you already suffer from hypotension, you will have trouble with it! Captopril has the property of lowering alpha-2 receptors, but has no direct effect on them.

This is done indirectly by preventing the formation of angiotensin II, as a result of which alpha-2 receptors are reduced. Captopril has weak diuretic properties, and in the longer term a side effect of Captopril is weight loss, which is well documented by medical research.

Of course, this weight loss may be due to muscle mass, but in reality this is not the case, the preparation has a mild anabolic effect on the muscles, which protects them from analysis. Do not take this medicine without a treatment.

Liposuction is a cosmetic operation in which unnecessary fat deposits can be removed and certain areas of the body can be sculpted. Liposuction can be used to shape the body, unfortunately it can not be used for weight loss.

Bodybuilders, but not only them, use extreme measures to achieve extreme loss and rapid burning of body fat.

Millions of people apply these methods in an effort to lose weight and look good! But as you can see, most of these ways of burning fat carry risks and many of them should not be used without a prescription. None of the methods listed above should be used without greater reading ability for the risks it holds.